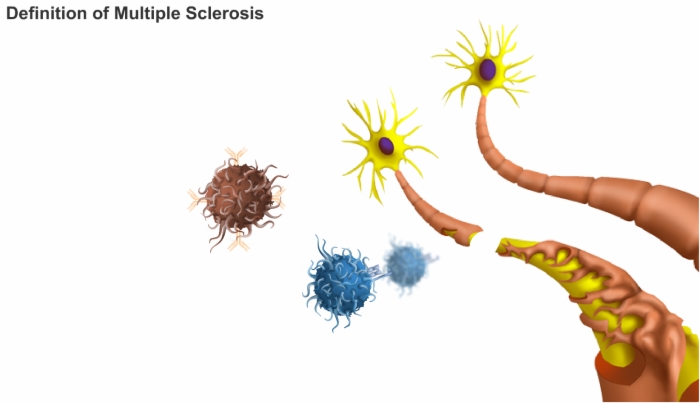 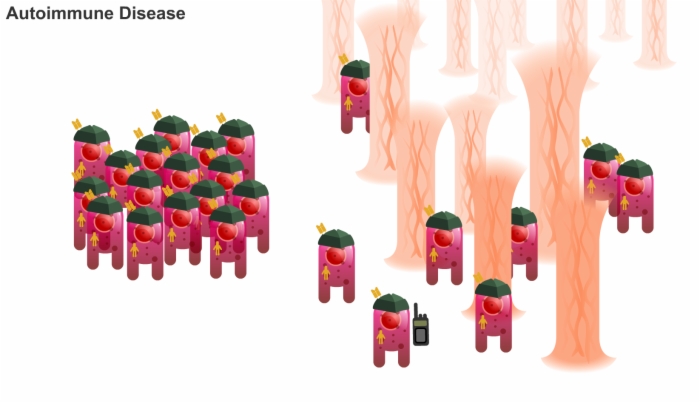 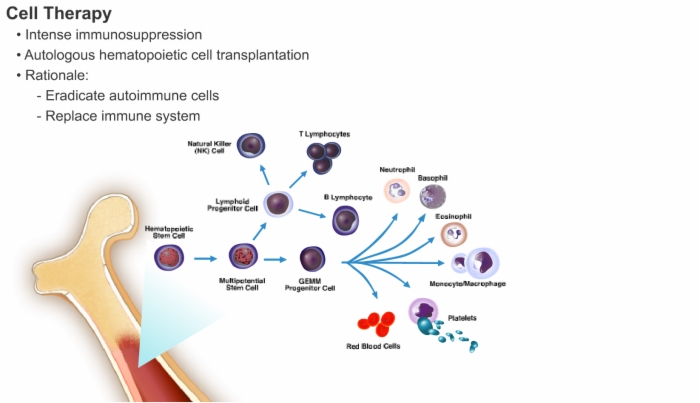 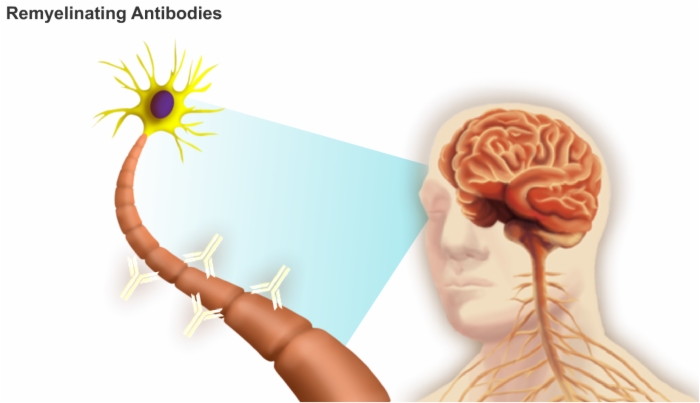 Multiple sclerosis refers to the numerous areas of scarring that result from demyelination, or destruction of the myelin sheath which surrounds nerves.

MS is characterized by demyelination, there can also be nerve damage via partial axonal loss.

MS - thought to be an autoimmune disease. Autoreactive T cells and autoantibodies are found in the circulation and cerebrospinal fluid of patients with MS.

Course of MS varies greatly from each individual and it is difficult to predict prognosis.

Most people with multiple sclerosis have periods of good health, or remissions, alternating with periods of worsening symptoms, or relapses.

Early symptoms of MS, such as sensory symptoms, fatigue and pain, can be initially misdiagnosed.

The symptoms may be present for some time before the disease is identified.

The progression is unpredictable, varies from patient to patient, and symptoms may vary greatly within a given patient over time.

The fluctuating symptoms result from damage to myelin sheaths and nerves, followed by repair or compensation, followed by more damage.

About 400,000 people in the US have MS, mostly young adults. Worldwide, estimated as many as 2.5 million MS patients.

Cause is still unknown, but environmental, infectious and genetic factors are believed to interact to induce disease development.

Common clinical course of MS characterized by relapses with clinical symptoms and dysfunction.

Pattern of relapse, remission, recurrence and/or progression is a key feature of all forms of MS.

Relapses vary considerably with regard to: the anatomical sites affected; the frequency of attacks; the onset, such as sudden or sub-acute; the duration; the severity; and the quality of remission.

Classified according to pattern of relapses and remissions and the progressive worsening of symptoms over time.

Multiple sclerosis, MS - a chronic inflammatory disease of the central nervous system which leads to numerous lesions of the white and gray matter.